What Is A Planet? A Look At Mars, Pluto and Exoplanets (Fairfax County Public Library) – VIRTUAL 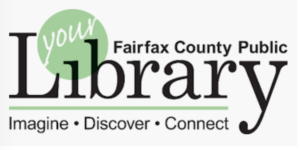 Join us on Zoom as Dr. Harold A. Geller presents one of the major questions of today: “What is the definition of a planet?”. In 2006 the International Astronomical Union (IAU) officially changed the definition. Pluto was no longer to be called a planet, but a dwarf planet. Dr. Geller will share examples of objects inside and outside our solar system, addressing this issue and will review the definition of planet as laid out by the IAU in 2006. He will also discuss a newly proposed definition of a planet that not only includes Pluto but adds dozens more to the party of planets.

Dr. Harold A. Geller is Professor Emeritus from George Mason University and recently served as the Director of Mason’s Observatory. He also served as co-Investigator for the Virginia Initiative for Science Teaching and Achievement (VISTA), the largest educational grant ever awarded Mason, from 2011 through 2015. Since 2012 he has served as a Solar System Ambassador for the NASA Jet Propulsion Laboratory. In 2009 and 2010 he shared in six Telly Awards for online educational videos in association with Astrocast.TV. In 2008 he received the Mason Faculty Member of the Year Award. From 2006 to 2008 he served as the Associate Chair of the Department of Physics and Astronomy at Mason. Other past achievements include President of the Potomac Geophysical Society; tour guide and lecturer with NASA Goddard Space Flight Center; producer of educational multimedia CDROMs; faculty at Northern Virginia Community College (NVCC); doctoral fellow of the State Council of Higher Education for Virginia (SCHEV); and, lecturer/operator at the Einstein Planetarium, National Air and Space Museum, Washington, DC. He is author of books, contributed to edited volumes, and has published over 90 papers in education, astrobiology, astrophysics, and biochemistry. Dr. Geller has been interviewed or quoted in the USA Today, Washington Post, Huffington Post, The Arts and Entertainment Magazine, Astrocast TV, WTOP News Radio, News Channel 8, and The Skeptic.

Registration is required and a Zoom invitation will be emailed to students one day before the event. You will need a computer, tablet, or smart phone and an internet connection, or join by phone. Adults and teens.