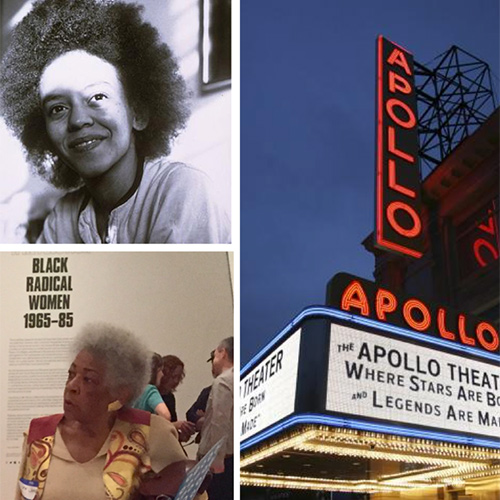 Galvanized by the post-World War II decolonization of African nations and the civil rights, black power, anti-war, and feminist and womanist movements, African-descendant cultural producers in the United States began overtly repudiating a European aesthetic and claiming a Black aesthetic that emerged from the lived experience of Black people. Unlike the New Negro Renaissance of the early-20th century that claimed New York City and Washington, D.C., as its loci, the Black Arts Movement (BAM) permeated rural and urban cities and towns in the U.S., specifically drawing on blues, jazz, Black folk culture, and Black idiomatic expressions as its foundation.

Join Michele L. Simms-Burton, scholar of African American and Africana studies, and spend a day exploring the Black aesthetics and Black pride that define BAM and how this movement converges with and diverts from political, economic, and social landscapes of the 1960s and 1970s. Explore a number of Black cultural producers during this period, from the music to the literature to the Black-owned presses.

Listening to the music of protest social-conscience artists like Gil Scott Heron, Nina Simone, Curtis Mayfield, Marvin Gaye, Sweet Honey in the Rock, and Sun Ra reveals the soundtrack of BAM and the prescient warnings that these artists issued about American society.

Central to BAM is the literature of Gwendolyn Brooks, James Baldwin, Toni Morrison, Amiri Baraka, Ntozake Shange, and Nikki Giovanni. Examine the literature of these writers within the context of a changing Black aesthetic and how each writer contributed to a shift in the American literary canon.

Since one tenet of the Black aesthetic was that culture be accessible to the public, theater became a viable venue for delivering literary and performative culture, thus giving (re)birth to Black-run theaters throughout the U.S. Also, Black filmmakers, from Melvin Van Peeples to the filmmakers of the L.A. Rebellion Film Movement, turned exclusively to narratives that drew from U.S. Black and diasporic cultures. These filmmakers worked against the Hollywood aesthetic as well as the stereotypical and often racist portrayals of African Americans in film.

Simms-Burton is a writer and scholar of African American and Africana studies, and a former tenured university professor.