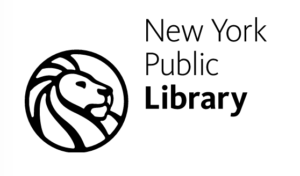 At a time when journalism’s role in political life has never been more critical, the legendary Washington Post editor surveys his 40-plus years searching for the truth at one of the nation’s major newspapers.

From  1964 to 2008, Leonard Downie worked at The Washington Post as everything from an intern to a foreign correspondent to the paper’s executive editor, succeeding in that position the legendary Ben Bradlee. Over those decades he edited coverage of Watergate, drove reporting on Bill Clinton’s impeachment, and wrestled with the Unabomber’s threat to kill people unless The Post published his manifesto. Downie’s new memoir, All About the Story, takes you behind the scenes of life within a major newspaper: navigating the politics of a newsroom, breaking difficult and critical stories, pursuing long-term investigations amid the churn of daily news, and weathering technological changes while preserving time-honored journalistic traditions.

Judy Woodruff, anchor and managing editor of PBS NewsHour, speaks with Downie and fellow journalists Kevin Merida and Elizabeth Green about Downie’s remarkable years at The Post and how journalism might transcend the complicated moment in which it finds itself.

LIVE from NYPL is made possible by the support of Library patrons and friends, as well as by the continuing generosity of Celeste Bartos, Mahnaz Ispahani Bartos and Adam Bartos, and the Margaret and Herman Sokol Public Education Endowment Fund.

ABOUT THE SPEAKERS
Len Downie, Jr., Weil Family Professor at Arizona State University’s Walter Cronkite School of Journalism, was executive editor of The Washington Post from 1991 to 2008. During his 44 years at The Post, he was also an investigative reporter, an editor of the newspaper’s Watergate stories, local news editor, foreign correspondent, national news editor, and managing editor under Ben Bradlee from 1984 to 1991. He received his bachelor’s, master’s and doctorate degrees from The Ohio State University. All About the Story: News, Power, Politics and The Washington Post is his seventh book.

Judy Woodruff is the anchor and managing editor of PBS NewsHour. She has covered politics and other news for more than four decades. She joined PBS in 1983 as chief Washington correspondent for the MacNeil/Lehrer NewsHour, and from 1984 to 1990 she anchored PBS’ award-winning documentary series, “Frontline with Judy Woodruff.” After moving to CNN in 1993, she served for 12 years as anchor and senior correspondent, anchoring the weekday program, “Inside Politics.” She returned to PBS in 2007, and in 2013, she and the late Gwen Ifill were named the first two women to co-anchor a national broadcast. After Ifill’s death, Woodruff was named sole anchor in 2018. From 2006 to 2013, Judy anchored a monthly program for Bloomberg Television, “Conversations with Judy Woodruff.” In 2006, Judy was a visiting fellow at Harvard University’s Joan Shorenstein Center on the Press, Politics, and Public Policy. She is the recipient of more than 25 honorary degrees and numerous awards, most recently the Radcliffe Medal, Poynter Medal for Lifetime Achievement in Journalism, the Gwen Ifill Press Freedom Award, and the Cronkite Award for Excellence in Journalism. She is the author of This is Judy Woodruff at The White House, published in 1982.

Kevin Merida is a senior vice president at ESPN and editor-in-chief of The Undefeated, a digital platform that explores the intersections of race, sports and culture. During his time at ESPN, Merida has overseen the Investigative/News Enterprise group and the television shows “Outside the Lines” and “E:60.” Before coming to ESPN in 2015, Merida spent 22 years at The Washington Post as a congressional correspondent, national political reporter, feature writer, magazine columnist, national editor and managing editor. He is the co-author of Supreme Discomfort: The Divided Soul of Clarence Thomas and Obama: The Historic Campaign in Photographs. He is also a contributor to and editor of Being a Black Man: At the Corner of Progress and Peril, an anthology based on an award-winning Washington Post series.

Elizabeth Green is the CEO and co-founder of Chalkbeat, the nonprofit news organization dedicated to improving educational equity through local, independent, high-impact journalism. Since launching in 2014, Chalkbeat’s reporting has spurred changes in education funding, legislation, policy, and practice and is regularly cited or republished in dozens of publications, including The New York Times, the Wall Street Journal, the Atlantic, Vox, and more. Elizabeth is also the cofounder and board chair of the American Journalism Project, the first venture philanthropy firm dedicated to local news. Her book Building a Better Teacher was a New York Times bestseller and notable book of 2014. She has also written about education issues for The New York Times Magazine, U.S. News & World Report, and other publications. Elizabeth has been a Spencer Fellow in education journalism at Columbia University and an Abe Journalism Fellow studying education in Japan.

Please send all press inquiries (photo, video, interviews, audio-recording, etc.) at least 24 hours before the day of the program to Sara Beth Joren at sarabethjoren@nypl.org.

For all other questions and inquiries, please contact publicprograms@nypl.org.